What the Fed is Saying About Surging Home Prices 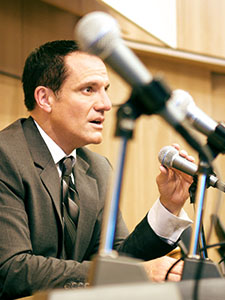 Last week, the Federal Open Market Committee (FOMC) released their June meeting minutes. While the large focus of the meeting was inflation, asset purchases, and interest rates, the Committee also had its eye on the climbing home prices. Over the past year, home prices have seen their highest appreciation in over 30 years – up nearly 15% in April. Home buyer demand has been soaring while inventory has remained near record lows – causing a steep increase in prices. Meanwhile, the Fed hasn’t budged.

Though the Fed doesn’t directly influence home buying trends, its policies can indirectly impact them. When it put its emergency policies into place last year, mortgage rates dropped to record lows. This caused a flood of home buyers to enter the market. Meanwhile, home builders had to slow down their production because of COVID regulations. Now, one year later, rates are still low, buyers are still buying, and builders are struggling to keep up. Experts in the housing market have called on the Fed to intervene, but several factors have prevented it from taking action.

Fed Chairman Jerome Powell has repeatedly said that “substantial further progress” is needed before the Committee decides to raise rates and taper asset purchases. The target for “substantial further process” is maximum employment and inflation averaging at 2%. During the June meeting, Fed officials agreed that this threshold had not yet been met. Some saw benefits of reducing the pace of the central bank’s purchases, including “valuation pressures in housing markets,” according to the minutes.  "We don't want to get back to the housing-bubble game that cost us a lot of distress in the 2000s," St. Louis Fed President James Bullard said on CNBC in June. However, other FOMC members thought it would be better to stay the course with their purchases.

Right now, the Fed’s $40 billion in mortgage bond purchases is propping up the housing market just as much as its near-zero interest rate decision. "The Fed just continues to pour more gasoline on that fire," said Peter Boockvar, chief investment officer at Bleakley Advisory Group. However, it’s important to remember that the Fed’s actions thus far have prevented the country from falling into another Great Depression. Last year, when the rest of the economy was drowning amidst COVID slowdowns, the booming housing market defied the depression. The Fed’s decision to slash interest rates and bump up bond purchases, along with the government’s stimulus packages, encouraged buyers to keep buying.

But now the economy is in a much better place and inflation is climbing higher everyday – along with home prices. So, the question remains – when will the Fed take action? Many speculate that the Committee will have a more in-depth conversation about tapering assets during the Jackson Hole Economic Symposium in August. More information on the Fed’s thought process will likely be revealed during its meeting at the end of this month. We will keep you updated with any and all of the important decisions the Fed makes, but if you have any questions before then, let us know.