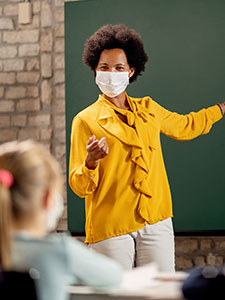 Mortgage rates remained relatively unchanged this week after inching up the week before.  There are many hopeful signs of the economy’s strength right now, but people are worried about possible inflation and rising interest rates. In reality, these are effects of a recovering economy.  According to the Mortgage Bankers Association (MBA), mortgage application submissions decreased on the refinance index but increased on the purchase index. The consumer price index rose slightly but inflation remains lower than pre-pandemic levels. Job openings expanded as more businesses start reopening again.

Mortgage application submissions decreased a composite 1.3% for the week ending 3/5. The fall in application submissions was largely due to the decrease in refinance submissions – down 5% week-over-week. Purchase application submissions rose 7% week-over-week and were still higher than they were during the same week last year. "With the spring buying season at the doorstep, the purchase market had its strongest showing in four weeks, with gains in both conventional and government applications,” said Joel Kan, associate vice president of economic and industry forecasting for the MBA. “Overall activity was 2.4 percent higher than a year ago, and loan sizes moderated for the second straight week - potentially a sign that more first-time buyers are entering the market."

Consumer prices inched up 0.4% in February, bringing inflation levels to 1.7% annually. Gas prices continued to be the main contributors to the rise. Up 6.4% month-over-month, gas prices accounted for more than half of total consumer price index gains in February. In comparison, the cost of food only rose 0.2%. Other notable price gains were the costs of rent, medical care, recreational activities, and car insurance. Many people are fearful that inflation will take off, especially with the recent stimulus package, but the Federal Reserve predicts it will ease up. “Once the [stimulus] plan is signed into law, I am confident that Americans will be met by a strong economy when we make it to the other side of the pandemic,” said U.S. Treasury Secretary Janet Yellen.

Kan explained, “signs of faster economic growth, an improving job market and increased vaccine distribution are pushing rates higher.” An improving economy is good, and while it may be pushing rates higher, we have several great home loan options that help you actually take advantage of a rising rate environment. Want to learn more? Contact us to get started.