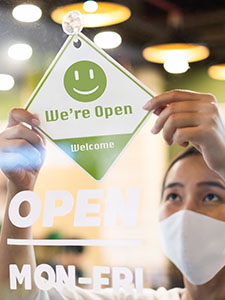 Mortgage rates trended higher last week. On Tuesday, Mortgage Daily News reported net gains that pushed rates near some of their highest levels in a year.  However, with the bond market recovery on Tuesday afternoon and the reprices that followed, rates dropped slightly in the latter half of the week. This week, the Labor Department will release their Job Openings and Labor Turnover Survey (JOLTS) on Tuesday. The weekly mortgage application survey will be released Wednesday morning, followed by the report on consumer credit that afternoon.

The Labor Department’s JOLTS tracks month to month changes in job openings, hirings, and voluntary quits.  Job openings jumped 4.6% in January, reaching a seasonally adjusted level of 6.9 million. The majority of the openings were in the education sector as many schools reopened for the new year. The rate of hires was relatively unchanged at 5.3 million (3.7%) and the rate of layoffs and discharges fell by 136,000. The quits rate dropped 0.1 points lower to 2.3.

Economic experts like Kan acknowledge the rising rate environment. However, with increased housing inventory, Kan believes that the market will see cooled price growth and preserved affordability. When rates start to rise, it’s important to lock in your rates as early as possible. Ask us about our rate lock options.