Despite High Home Prices, Buyers are Still in a Good Financial Position 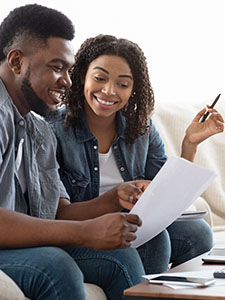 Home prices have been skyrocketing over the past year. In July, the Case-Shiller home price index reported a 19.7% annual gain – shattering its previous record. In August, the median existing home sales price was up 15% annually. Still, home buyers have not been deterred. Home buyer demand, although not as hot as it was peak pandemic, is still soaring. Despite record-high prices, home buyers aren’t paying for more home than they can handle.

One of the concerns about the current housing market is its similarities to the housing bubble of the mid 2000s. Around 2006, the housing market was on fire. The demand for homes was climbing and home prices were booming. Then in 2007-2008, it all came crashing down. Now, some are concerned that a similar crash is headed our way now. However, even though prices are hot, and demand is high, the housing market is in a much different place now compared to 2006.

Lenders had much more lenient home buying standards in the mid 2000s. There were fewer requirements, and less stringent underwriting. Consequently, buyers were overextending themselves and their financial resources to buy a home. This later came back to hurt them when the market crashed, and they were stuck with more home than they could afford.

Today, lenders have much stricter requirements for home buyers: including credit score requirements, debt-to-income qualifications, income standards, and an extensive underwriting process assessing your financial history. As a result, buyers are more financially prepared to own a home. A recent report by Realtor.com found that homeowners are only putting 21% of their gross monthly income toward their mortgage payments. The general financial rule for homeownership is that you should put no more than 30% of your gross income towards mortgage payments. By this rule, Americans are well within the “safety zone,” as Realtor.com contributors describe it.

“Compared to the Great Recession, buyers today tend to have higher incomes [proportionately], which makes the share of what they’re spending on housing payments lower than it was in 2008,” says Realtor.com economist Jiayi Xu. Another key player in mortgage affordability is the recent historically low mortgage rates over the past year and a half. “A lower interest rate can increase buyers’ budgets and make monthly payments lower.” Even with higher sales prices, low mortgage rates are making homes much more affordable in the long run.

Historically low mortgage rates won’t last forever though. We’ve already seen them trend slightly upward in reaction to the Federal Reserve’s announcement last week. Even though the benchmark interest rate remained unchanged, the Federal Reserve predicted six to seven rate hikes by the end of 2024. A large factor is the continued economic recovery from COVID-19. If the employment situation continues to improve and inflation holds steady above the Fed’s inflation goal, then they will likely start tapering asset purchases and raising rates soon. If you’re wondering if you could save with the current rates or would like to explore different mortgage options, let us know.